THE VOLUNTARY VISIT AND READING  IN THIS WEBSITE THAT MAY BE OFFENDING CONSTITUTE NO LIABILITY TO THE PUBLISHER AND ITS OWNER. In the protection of His Highness' Royal Immunity and Diplomatic Immunity, as by the conference of Kings and Heads of government held in Rabat, and the two Prime Ministers' conferences in Jeddah and Karachi, resulting to the establishment of the Organization of Islamic Conference, His Highness the Sultan of Sulu/Maguindanao-Mindanao and North Borneo-Sabah territories, as by consanguinity; His Highness maintains the right to rule said territories once ruled by His Highness' forebears and forefathers. 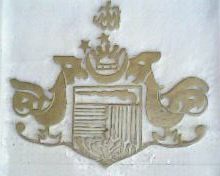 His Royal Highness contemplating the return of total             His Royal Majesty Paduka Hassanal Bolkiah at an
sovereignty and independence for the Sulu Sultanate           early stage of His Highness' reign as Sultan of Brunei
territories and territories as by consanguinity.                        Darussalam.
His Royal Highness in contemplation of His Highness Royal and Honorable Cause for the people-Raayats.
L-R: Maharaja Adinda Taup, American arrival in Sulu,          L-R: Haji Usman (son of Nakhoda Sangkalang),
Language interpreter Arola, Sultan Pulalun with Royal          Supt. Ismoyer (Panglima Puti) and Sharif Sultan Imam
Kris; meeting at the hinterlands appertaining plans to           Ul-Alam Arpa (replaced Sultan Kiram-II after the 1915
have Usurper-Sultan Jamalul Kiram-II stepping down,           Carpenter Agreement).
finally in the 1915 Carpenter Agreement.

First MOSQUE built by KARiM UL-MAKDUM and brother         The seven Sharifs promulgating the continuing
ABU'BKR SULTAN SHARIF UL-HASHIM . Makdum Kariim           Madrassahs of Qu'ranic studies.
his grave is in Simunol.He was Sharif Kabungsuwan of
in Malabang-Lanao who later married a Parmursuli of the
Maguindanao family dynasty establishing the Maguindanao
Sultanate as Sultan Aliywa.